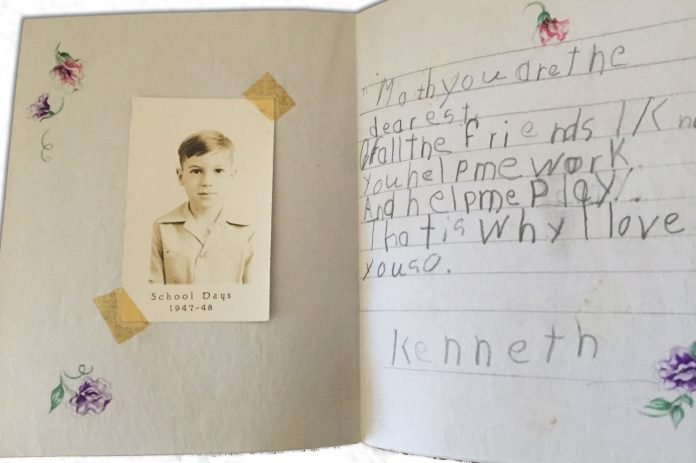 Ilove looking at old photographs and pondering the moment they were taken.

My mother kept a couple of raggedy candy boxes of unorganized pictures and ephemera from the 30s through the 70s, which I was recently perusing for the umpteenth time. 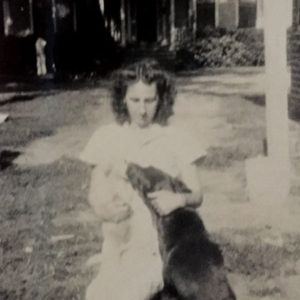 In the disarray, along with elementary school report cards and handwritten Mother’s Day cards in childish scrawls, I noticed a yellowed newspaper article she must have cut out on the day after Franklin Roosevelt died. It will be 73 years this April 12.

I like to think what his death must have meant to her as an ordinary citizen that she would read this in the local Brunswick paper, and cut it out very precisely, fold once, and save.

It’s written by a Samuel Grafton, who apparently was a syndicated columnist, ac-cording to Wikipedia.

I think his sentiments are worth reading again in our own divisive times and to reflect on how many more people are in the room now, more than FDR could ever have imagined. And though we don’t know where we’re going just now, that we will “go in a body. 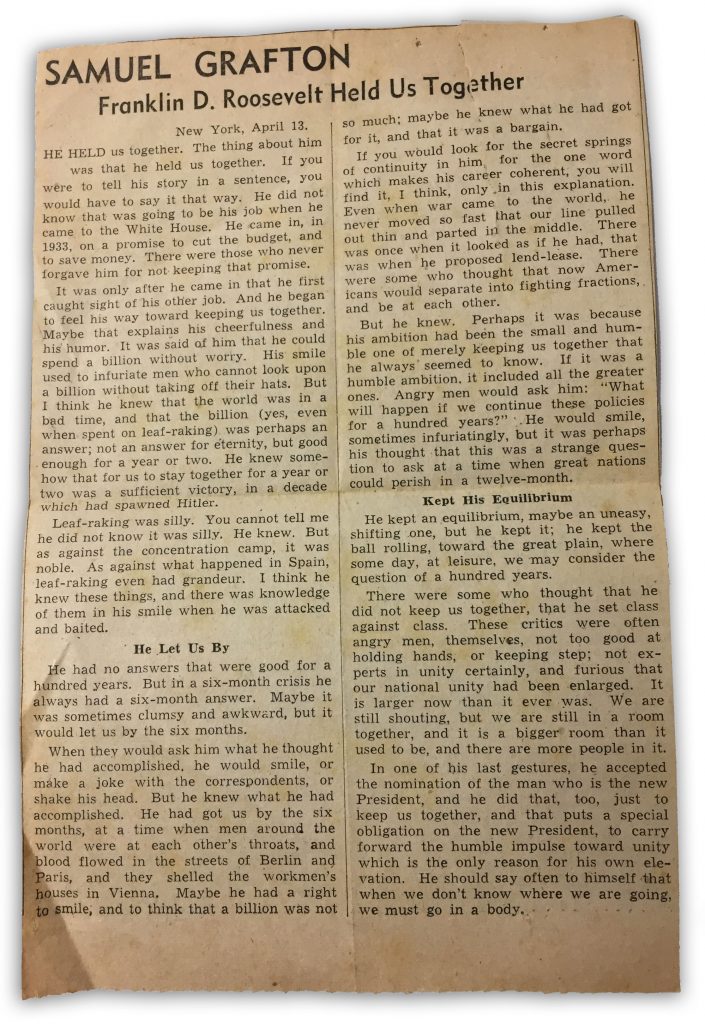